The aim of this blog is to show the way I went around insulating my Cornish house using internal insulation methods.  I have tried using low cost materials that should stand the test of time.

Let’s have a look and see where I started from.

The following are some pictures of the first of two bedrooms during the removal of the original plaster work.  I removed what was on the walls as the quality of the several layers of aged plaster was not good and not holding up.  Further to this, the plaster was thick, very thick 70mm in places.  With internal insulation you want to avoid losing as much space as possible and so removal was a logical idea. 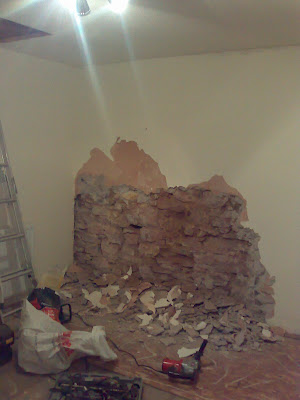 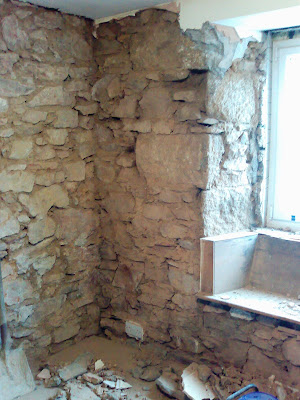 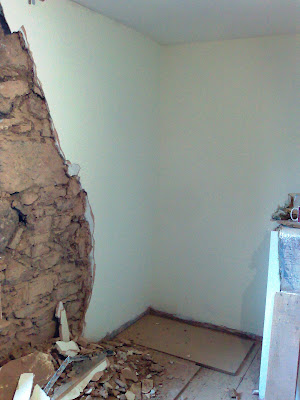 Here is a picture of one of the three walls back to the stone, this wall is the end gable wall, and the house is an end of terrace.   This wall has the chimney in it and as can be seen from the picture, there is a small original fire place there. 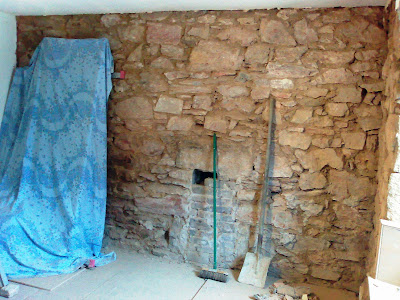 The wall was then primed with PVA render bond using an air compressor.  I did this as the house is of a cob construction and produces a lot of dust as the cob dries and loosens.

The following pictures show the partition wall between my house and next doors.  The old lath and plaster was removed and the polystyrene that was installed by next door was also removed.  Polystyrene is the wrong material to put in the wall to reduce noise and I installed some noise reducing, high density Rock Wall insulation and used Sound Block plaster board to help reduce noise further.

I also installed 35mm Celotex type insulation to help reduce heat loss to next door but also to produce a flat surface that the plaster board could be fitted to.  The original partition wall was all over the place. 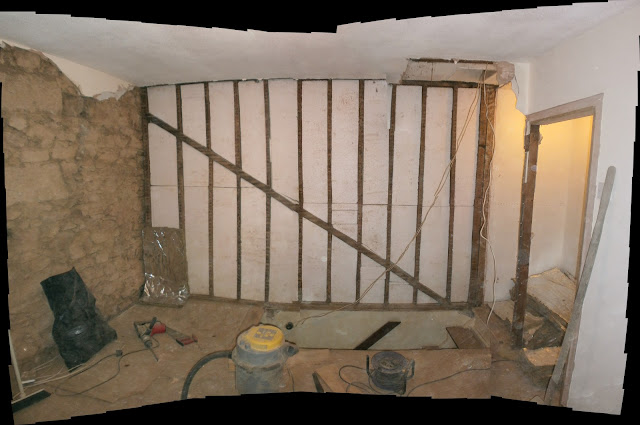 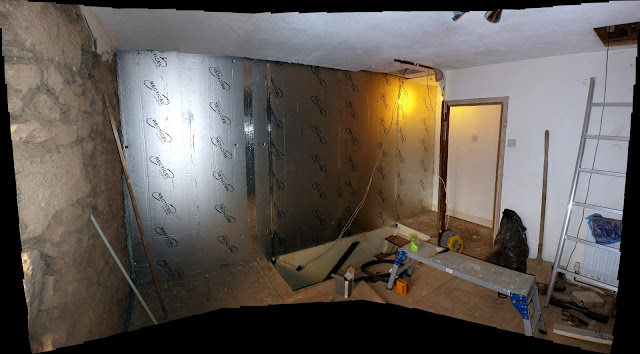 Now that all the prep work has been done its time to put up some steel partition stud work.  I chose metal partition stud work as it is cheaper and will not twist or warp over time if, for what ever reason, the house has a  penetrating damp issue in the future. 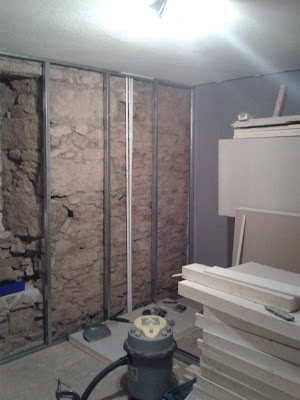 Where the stud sits away from the wall packers are needed to support the stud work from bending into the wall when lent on.  This can be done using off cuts of stud work or by bending plumbing strapping to the necessary shape.

Now the point of all this work is to get some insulation into the walls.  I have done this using 65mm King Span seconds from Seconds and Co sized at just over 600mm x 1200mm these insulation panels are easy to handle and fit. 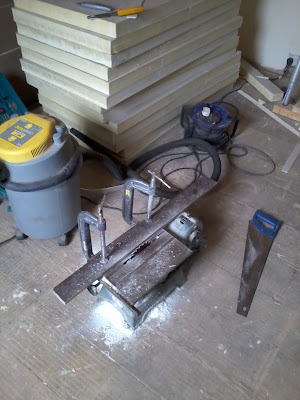 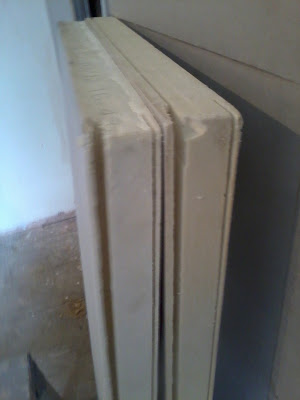 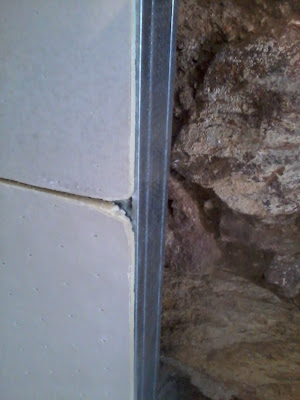 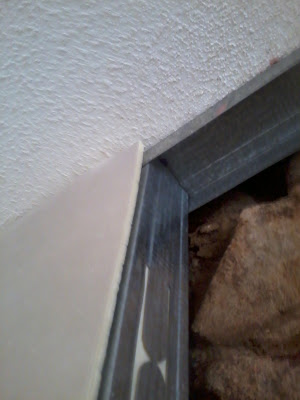 This work progressed until the whole wall was insulated. 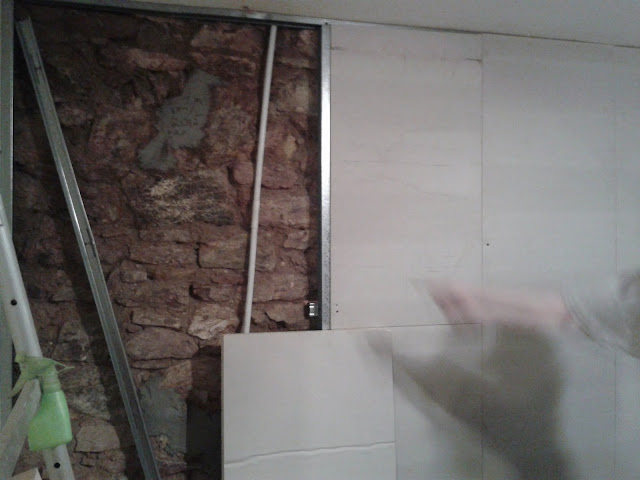 The wall was then covered in plastic to make a barrier to air movement and to stop as much as possible of any moisture that may make its way through over time if again there is an issue with penetrating damp in the future.

Once the boarding out was done, joint tape was installed and the room and stairwell was plastered.

Bit of paint, wall paper and carpet and the room is almost done, door frame, light, sockets, window seat and stairwell lid all need to be completed but happy.